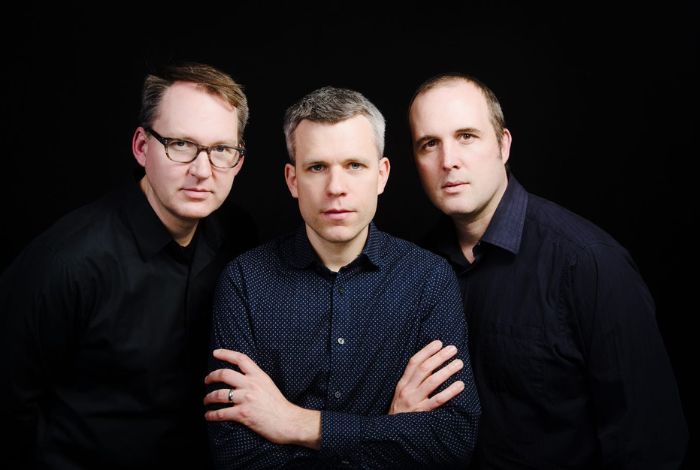 Born and raised in Germany, trained in New York City and now based in St. John’s Newfoundland, Juno-nominated jazz pianist and composer, Florian Hoefner, draws from a myriad of influences that cumulate in his unique brand of modern jazz. Praised as a “composer-bandleader of insightful resolve” by the New York Times and a “harmonically daring pianist reaching toward new sonic territory,” by Downbeat Magazine, Hoefner has made his mark as an inventive creator and performer of exciting contemporary jazz.

With his quartet, the Florian Hoefner Group, he has released three albums on Origin Records that have received rave reviews around the globe. Luminosity, the latest release, features tenor saxophonist Seamus Blake, and was called a “total experience” by the New York Jazz Record.

Since 2018, Hoefner has been working with his trio, which features Andrew Downing on bass and Nick Fraser on drums. Their Juno-nominated debut album First Spring focuses on Hoefner’s arrangements of folk tunes from around the world. Their follow-up album, Desert Bloom, includes original compositions that showcase Hoefner’s hallmark lyricism.

“In every situation, the music is so substantial and at times even breath-taking.” Ottawa Citizen