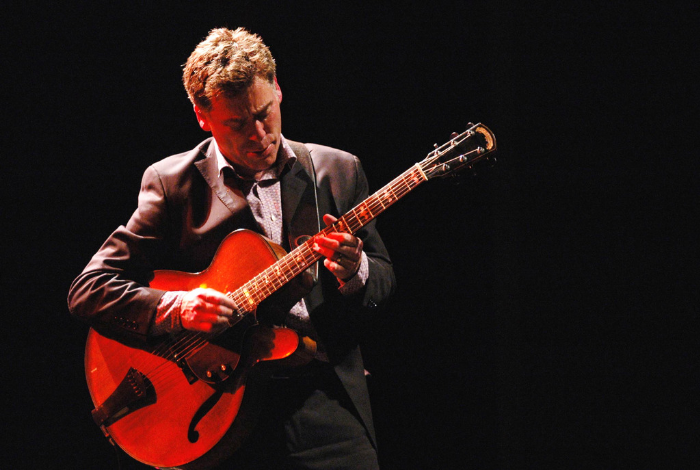 × This extraordinary guitarist and favourite of the late, great Jim Hall teams up with the CapU jazz ensembles.

An integral part of New York’s jazz scene, guitarist Peter Bernstein’s career was kick started when legendary guitarist Jim Hall invited him to play the 1990 JVC Jazz Festival, which featured John Scofield and Pat Metheny. That same year, Bernstein’s prowess earned him a regular spot in alto saxophonist Lou Donaldson’s group. Bernstein’s longtime partnership with Larry Golding and Bill Stewart has been called “the best organ trio of the last decade” by The New York Times. Perhaps Jim Hall said it best, “[Bernstein] plays the best of them all for swing, logic, feel and taste, and has paid attention to the past as well as the future.”