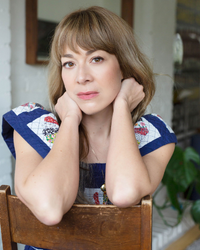 × The beloved Vancouver-based singer/songwriter Jill Barber’s new album Homemaker marks the first time she has co-produced her own album. "These songs are so damn personal, and such a deep reflection of my soul, that I felt an almost maternal instinct to both protect them and produce them for myself,” says Barber, who adds that she received “a lot of generous assistance” from engineer/producer Erik Nielsen (City and Colour, Frazey Ford).

As the title suggests, the album is a reflection on marriage, motherhood and self-identity. It also represents a return to Barber's stripped-down folk roots after her more pop, jazz and soul repertoire of recent albums.

Of Homemaker’s second single “Joint Account,” one New York-based critic wrote, “It's a gorgeous song that feels like an update on early Simon & Garfunkel.”

Barber, a three-time Juno Award nominated singer-songwriter has an unforgettable voice once heard, never forgotten. Her critically acclaimed repertoire includes songs in both French and English. Her scores of fans include Blue Rodeo, Ron Sexsmith, and Kris Kristofferson, who called Jill “a real songwriter, and a damn good songwriter.” This event takes place at the York Theatre, 639 Commercial Drive, Vancouver. Presented with The Cultch.

Tickets also available at THE CULTCH