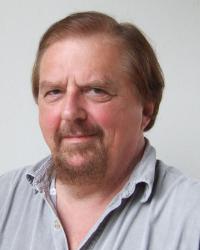 × For 40 years, Canadian independent columnist, documentary producer, broadcaster and author Gywnne Dyer’s insights have been sought out by publications worldwide. His writing on international affairs, covering everything from climate change to terrorism, has been published in 175 papers in at least 45 countries, including Vancouver’s Georgia Straight. In 2010, he was appointed an Officer of the Order of Canada. His new talk argues humanity must take on a role of “Planetary Maintenance Engineers” to combat rapidly escalating climate change, using mass reforestation to draw excess CO2 from the atmosphere. “If we get it wrong and […] extinction occurs,” he writes, “it’s more likely to be due to political failures than engineering mistakes.”